5th October 2019 A day full of emotions for Romano Artioli and Progetto 33 AG, the current owner of the Bugatti EB110SS which was the personal car of the entrepreneur that revived the Bugatti brand.

The meeting took place in the Bugatti “Fabbrica Blu” in Campogalliano, today a semi-deserted cathedral kept alive by the work of the old caretaker and his son, still madly in love with the one they call the perfect car, remembering as if it were yesterday the day when the fresh world champion Michael Schumacher came to Campogalliano to buy his yellow Bugatti EB110SS, in 1994.

Romano Artioli returns to the place he built so carefully to realize his dream of bringing the Bugatti brand back to the Olympus of high- performance cars, not hiding a sincere emotion from sitting back on the car he used regularly.

This Bugatti EB110SS was originally a Factory Car, a prototype to obtain homologation in the USA. The car was a Press Car and made a promotional tour by participating in the Italian Competition in Monterey in 1994 and winning the People’s Choice trophy and at the Chicago Auto Show in 1995. At the time it was light gray colored. When he returned to Italy, Romano Artioli decided to have it repainted in Blue Bugatti and today is the only SS of this color. The other blue sisters are of a different Pantone shade.

The engine is in Le Mans configuration, but in road and non-racing version, with a power of 625 HP instead of 611 as the others.

This EB110SS is a Road Car with a particular history and Ownership of great importance for a Bugatti, as it is precisely configured and belonged to the entrepreneur who was recently recognized by Bugatti Automobiles SAS, by CEO Stephan Winkelmann, as an essential figure in the history of the company, whose

passion and courage made it possible to revive the brand after almost 40 years of oblivion, since the factory was closed in 1953.

The EB110 had many brilliant fathers, engineers and stylists who worked on a common challenge starting from the idea of creating something never seen before in the Automotive industry. Engineer Paolo Stanzani, former designer of the Countach, engineer Nicola Materazzi, father of the Lancia Stratos and Ferrari F40, designer Marcello Gandini and architect Giampaolo Benedini. In general, however, the project development team was composed of the best technicians from England, France, Germany, each bringing their own innovative technology contribution. Like the sculptor in search of something new, never seen before, that starting from the rough stone reaches masterpieces like the David or the Veiled Christ, this Team of technicians and engineers started from a blank sheet to make a car like they had never seen it before. What makes the EB110 an icon, after thirty years, is that the car is rich in technical contents that have revolutionized the concept of high performance cars: 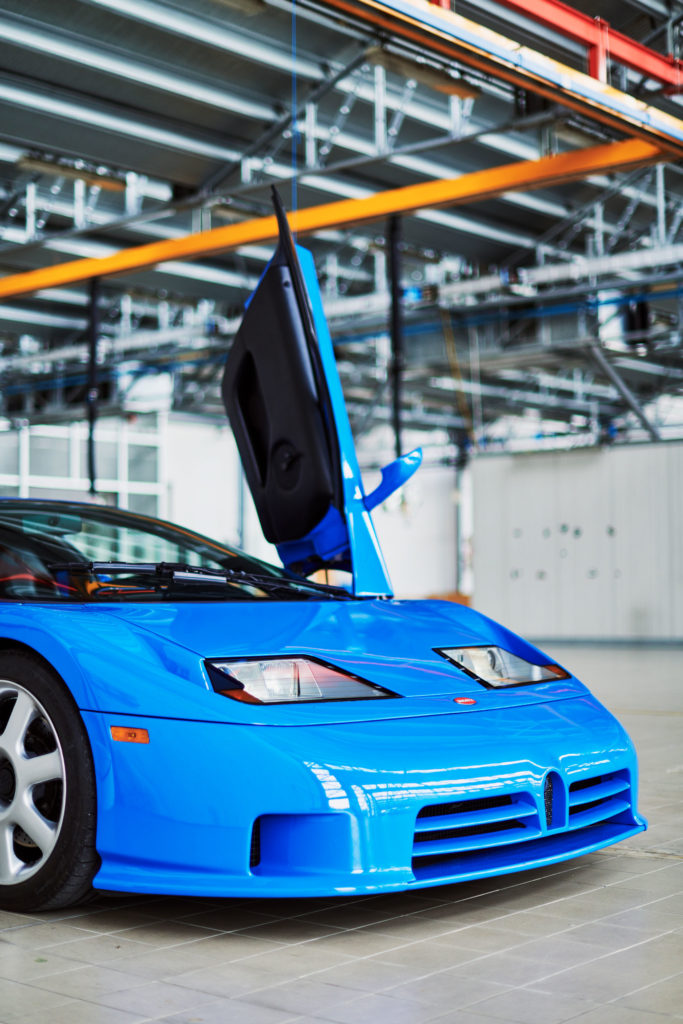